2010 – 2012: Faculty Research Fellowship, Newcastle University. Metabolic compartmentalisation in Clostridium difficile. First steps to independence. Building on my interests in multi-protein complexes in bacteria, their role in disease, and their potential uses as platforms in synthetic biology and biotechnology. Developing interest in open science and public engagement, become STEM Ambassador.

2006-2009: Laurea Triennale in Chemistry, Universita’ degli Studi di Parma (Italy). Graduated with a thesis on the synthesis and characterization of inorganic self-assembled supramolecules known as metallacrowns. Under the supervision of Dr Matteo Tegoni, I investigated metallacrowns stability in the presence of competing ligands and managed study of core metal substitutions performed by UV-visible titrations. Develop skills in metallacrown synthesis and stability tests.

2011-2016: PhD, Durham University. PhD student at the School of Biological and Biomedical Sciences under the supervision of Prof Nigel Robinson and Dr Ehmke Pohl. My PhD work focussed on dissecting how levels of transition metals are selectively balanced and managed by regulatory proteins within a bacterial system. I investigated factors determining selective responses of DNA-binding metal-sensors, including analysis of the formaldehyde sensor FrmR. Training in protein characterisation including UV-Visible/fluorescence spectroscopy, metalloprotein-chelator competition experiments, DNA-binding assays, and gel-filtration chromatography.

2015-2016: Research Technician, Durham University. The project aimed to assist in the analysis of metal contents of biological samples by inductively coupled plasma mass spectrometry (ICP-MS) in a collaborative project entitled: ”Unravelling and engineering the role of trace metals on recombinant therapeutic protein synthesis and heterogeneity from Chinese hamster ovary cells” in collaboration with the University of Kent and Lonza. Develop new skills in ICP-MS analysis on biological samples.

2016-present, Research Associate, Newcastle University. I am currently working in Dr Jon Marles-Wright’s group. The BBSRC project will investigate how the structure of encapsulated ferritin enzymes relates to their function within the encapsulin iron-megastores. Develop new skills in characterisation of protein structure (X-ray crystallography, EM, MS).

Position: PhD student, Institute for Cell and Molecular Biosciences; Newcastle University
Funding: PATHSENSE Marie Curie Innovative Training Network
Biography:To achieve my goal of being a Scientist, I’ve started my student career with a 2 years of technical degree in Biology engineering at the Technical University of Colmar in France. Then I had the opportunity to go abroad in Edinburgh, to complete my studies with a Biomedical Sciences Bachelor degree at Napier University. I’ve pursued my studies with the Pathophysiological Master degree at Strasbourg University in France. After completing the first year, I had the opportunity to go to the United States where I’ve taken Genetic class at Stanford University in California. Devel

oping this subject lead me to pursue my studies towards the Structural Biology and Bioinformatics Master degree that I’ve did at Strasbourg University in France.
And actually, I am finally completing my student career with a PhD at Newcastle University. My PhD project is based on the structural study of the Listeria Monocytogenes stressosome complex to elucidate its sensory activity. This PhD project is a part of the Pathsense network (http://www.pathsense.eu) and it is funded by the Marie Curie Foundation.

2017-present: Biosciences PhD, Newcastle University. My project focuses on investigating transition metal-regulatory pathways in industrially-relevant Bacteria, specifically how the metal response affects the phenotype and productivity of bacterial strains expressing heterologous proteins. I am also interested in defining optimised growth conditions for a variety of metal-related industrial processes. In addition to Dr Jon Marles-Wright, who oversees the molecular biology section of the project, my work is co-supervised by Dr Kevin Waldron (Institute for Cell and Molecular Biosciences), who has a long-standing expertise in studying metal ions in biological systems.

2013-2016: BSc in Biomolecular Sciences and Technology, University of Trento. I took advantage of the broad range of study and research opportunities in the University of Trento to consolidate my early career with a well-defined portfolio. Among the top 5 universities in Italy (source: CENSIS), the University of Trento provided me with a comprehensive curriculum in Microbiology and Biotechnology. I further expanded my portfolio by spending a six-month study period in the Universität zu Lübeck in 2015, with the aim of advancing my knowledge of Biochemistry and Biophysics. In 2016, I also took part in a paid internship in Sandoz Industrial Products S.p.A. (a Novartis Division) to consolidate my expertise of microbiolgy-related industrial processes. Finally, I completed my formation with a bioinformatics dissertation, co-supervised by Dr Nicola Segata and Dr Ozan Kahramanoğullari, in which I developed a computational model of stochastic, single-molecule dynamics of eukaryotic actin polymers.

2006 – 2010: BSc., Biotechnology School of Chemistry, Autonomous University of Querétaro (Mexico). Where I discovered some penchant for scientific research and development, as well as understood the significance of technology transfer strategies. Developed also some entrepreneurship skills by participating and obtaining the 4th place in the national competition “Entrepreneurs ANUIES-SEP-2011 SE” with the project “Biofunctional-organic food”, Mexico City. And finalist in the Latin-American competition “Intel Challenge” with the business project “Biotechnological Innovation INNOB”.

2014 – 2015: MSc., Synthetic Biology and Biotechnology, School of Biological Science, The University of Edinburgh. Focused in the understanding of inducible genetic responses of cells triggered by mechanical compression, beneath the supervision of Dr. Naomi Nakayama in the Biological Form & Functional Lab, Institute of Molecular Plant Sciences.

2015-present: PhD., Molecular and Structural Biology, Institute of Quantitative Biology, Biochemistry and Biotechnology, The University of Edinburgh. Interested in the usage of Synthetic Biology tools to develop modular systems based in bacterial micro-compartments to explore its potential to produce high value compounds and scaffolds for industrial biotechnology and nano-technology. 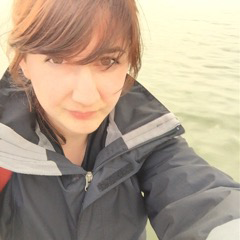 2013-Present, PhD Student, Institute of Structural and Molecular Biology, University of Edinburgh.  Use structural biology, biochemistry and cell biology techniques to understand the function of Bacterial Microcompartments (BMCs) and how they can be manipulated in a synthetic biology context.  Interested in determination of basis for the recruitment and encapsulation of proteins within BMCs, and the processes that occur within these compartments.

2004-2010, PhD, University of Edinburgh. Phd student at the School of Chemistry and Fungal Cell Biology Group working on “Development and Analysis of recombinant fluorescent probes for live cell imaging of filamentous fungi” under supervision of Dr AC Jones and Prof ND Read. Collaboration with Dr Mojca Bencina and Dr Tanja Bagar at the National Institute of Chemistry, Slovenia analysing a novel pH-sensor and developing new FRET constructs for expression in Aspergillus niger.

2013-2016, Research Associate, Institute of Structural and Molecular Biology, University of Edinburgh. Develop new skills in structural and synthetic biology, provide technical support to the group and explore ways of using my experience in different microscopy techniques to study the structure and role of BMCs. 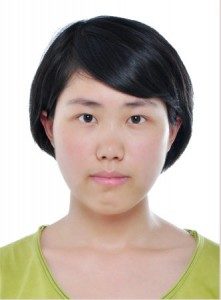 2013 – 2016, PhD student, Institute of Structural and Molecular Biology, College of Science and Engineering, Edinburgh University. Engage in shell protein assembly and metabolism encapsulated in bacterial microcompartments. Training in characterisation of protein structure and interaction with 3D-proteomics and electronic microscopy. Have interest in synthetic biology, biological education and management.